Women truly do have a slight power advantage over men.  We withhold sex when we are mad or trying to prove a point.  We also may keep the lid on our cookie jar to see if the man is worthy of tasting our cookie.  The men are always hoping to get their hand in the cookie jar.  They never know if they will succeed or not with the task.  At the end of the day, it is a game surrounding the cookie jar.

A long time ago, my four girl friends and I took a road trip to a different college for the night.  We were staying at my one guy friends place.  This guy friend and I had an on and off again ordeal since I was sixteen years old.  All of us headed out to the bars.  It was a fun evening.  I wondered where Cameron went since we were staying with him.  I found him dancing all over some broad.  My girl friends suggested we go to another bar.  That was fine with me, but I had to do something before we left.  I was drinking a vodka and cranberry.  He was wearing a white button up shirt.  I walked over to Cameron and tapped him on the shoulder.  He turned to face me.  I dumped my drink over his head and tossed the cup at him.  I turned around and walked out with my girl friends.  They were dying.  They were then concerned with where we would stay.  I assured them that we would still be staying at Cameron’s.  After the night was over, we were back at Cameron’s.  They all figured he would be fuming with me.  They forgot I had my V card.  The girls and I were relaxing in the living room.  Cameron came out and asked if I was coming to bed with him.  Their mouths dropped.  He knew he was in the wrong or he knew he wanted to get laid. Ha.  Either way you think about it, Cameron had to suck it up if he wanted in my cookie jar.

Several months ago, I had met Jaxon.  He definitely rocked my socks off three times.  You are probably thinking we had sex.  You are wrong.  It was only his hand in my cookie jar.  I knew if he could do that with just his hand that I was in for a treat.  We talked for a few weeks.  I lived in Chicago and he lived in Florida.  It was never going to be anything more than a fling.  I did not know I would end up living in Florida.  I was excited because it meant I had a guy there already to have fun with in a new state.  I found out he had met someone else.  One night, we had an after party at Jaxon’s place.  He wanted to explain himself about this other broad and how he was sorry.  It was my birthday, so I had quite a bit to drink.  I also wanted birthday sex.  I was irritated.  Jaxon knew my irritation was at him.  I ended up hitting him really hard in the balls.  I do not remember if I kicked him with my foot or if I hit him with my hand.  He dropped to his knees holding himself.  I found it hilarious.  You would think he would be furious with me.  This story ended with us in his bathroom.  It was hot and rough.  You know it is great sex when the guy is choking you, you lose air supply, and beg for more.  I got my birthday sex. 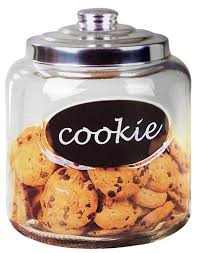 I feel like most men will put up with a lot just to get that cookie jar in the end.  I am sure there is a line that you should not cross, but it seems there is a lot of wiggle room.  It is funny how powerful the V card can be in life.  Some ladies forget how much power they have over a man.  Ladies hold that V card up high and remember you have the cookie jar.