When you meet someone, you can tell if you vibe with them or like their vibe.  Sometimes you know instantly and others it may 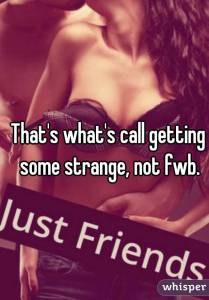 take a little longer to figure out.  I am not promoting sleeping with someone the first time you meet them.  I live life as if tomorrow is not guaranteed.  I do not want to wake up tomorrow with regrets.  If you meet someone and you feel that vibe, you should do what you want to do.

I was on a family vacation in late May 2012.  We went to New Orleans for six days.  It was actually my fathers bowling trip.  A lot of fun adults to get into muckery with on Bourbon Street.  My one best friend, Tara, lived near New Orleans, so she drove up for the weekend.  We went out Friday night.  It started off with hand grenades.  Those will sneak up on you.  I was finishing my hand grenade outside of the bar while her and Bob were eating.  A really handsome, tan, blonde haired guy stopped to talk to me.  I was a little intoxicated, so I cannot remember the whole conversation.  I know we talked about hockey because I have a Penguins tattoo and he was all about the Blackhawks.  His name was Scott.  He was with a couple of his buddies on a bachelor party.  Tara and Bob came out of the bar to find me with my new guy friends.  We bar hopped around together.  I got on stage at one of the bars and shook my ass to the song ‘Shake your Booty.’  We all know I got a donk back there.  There are pictures of Scott and I kissing in the bar.  You know I am drunk when I am in public and showing affection to someone.

It was getting late.  It was down to Tara, Scott, Steve, and I.  Tara looked at me and said, “What do you want to do?”  I had a shit eaten grin on my face and she stopped me before I could answer her question.  She said, “Never mind, I know what you want to do.”  She had a quick talk with Scott.  I am sure she wanted to make sure he wasn’t going to end up killing me.  Tara knew he did not have to drug me to have sex since I was pining for him from the moment I laid eyes on him.  There is nothing wrong with giving into what you want.  She took Steve to get food, so Scott and I could go back to his hotel.  We got back to his hotel and clothes went flying everywhere.  He was a boy scout and had a condom.  We were having some great sex, but he thought something was weird.  He thought the condom felt funny.  We found out from Steve the next morning it was a tingling sensation condom.  That would explain the weird and funny feeling he had while we were having sex.

Tara said the hotel room was ringing, but she did not answer it.  She wanted to get the story I was going to give my parents before she talked to them.  I was honest.  He walked me back to my hotel.  My parents were less than thrilled with my choice.  They both said, “Leave it to you to get strange in a different state.”  I did not care.  It was totally worth it.  The best part he was there until Monday.  We got to have sex for two more nights.  He was not your typical guy you met on vacation.  We actually talked about ourselves and our lives.  He took me out to breakfast and pulled out the chair for me.  He was a gentleman.  The bonus was finding out he was a Chicago fireman.  The thought of him in his gear running into a burning building to save a family made me weak in the knees.  There is just something about a man in uniform and running into danger.

I had no regrets.  I had a blast on vacation.  I got some good dick.  His friends were pretty cool.  We had each others phone numbers.  I truly did not know what could happen between us after I walked him to his hotel Monday morning and hugged.  I did know he could put out my fire anytime he wanted to in between my legs.